The glass display case contains the personal effects of Edward Daly. These four items were returned to his family by Kilmainham Gaol after Daly’s execution on 4th May 1916.

The final possessions were held by Edward’s sister Nora Daly who passed them to her son Éamonn P. de hÓir. The artefacts consist of a pipe, toothbrush, note case and pencil. They were carefully preserved by Éamonn P. de hÓir who left them to his wife Siobháin and children Ríonoch and Cían. They in turn donated the material to the University of Limerick in 2015. 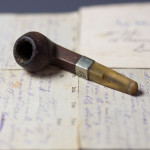 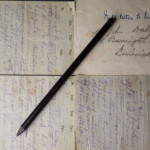 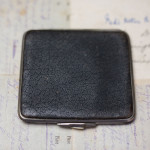 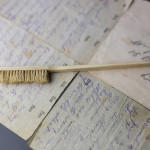 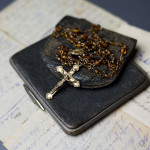 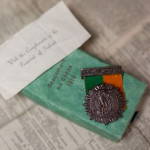